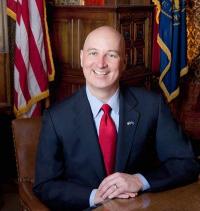 Like many Nebraskans, I enjoy hunting and fishing, and these...